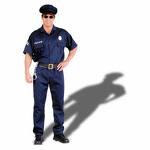 By now, I am sure most of the readers of this article have heard about the incident in King County, Washington in which a police officer beat a 15 year old girl. For those who are not familiar with the specifics, I will explain them to best of my ability. A young black girl had a friend who decided to take her mother’s car without permission. The friend picked up the young black girl and they went “joyriding.” The mother of the girl’s friend reported the car as stolen. The police eventually caught up with the young girls and took them into custody. Apparently after the arrest, the young girl and the arresting officer, officer Schene, entered into a verbal exchange. This verbal exchange continued until they arrived at the police station. Once at the police station, the girl was escorted to a holding cell. Once in the holding cell, the girl was asked to remove her shoes. She removed one shoe and kicked it in the direction of one of the officers. With the door to the cell still ajar, Officer Schene and his partner rush into the cell and Schene brutally attacks the young girl while the other officer holds her down. All of these actions were caught on a surveillance tape mounted inside the holding cell. The attack included punches and pulling of hair. After the attack, the young girl complained of breathing problems. She was escorted to the lobby of the jail and paramedics were called to come and attend to her.