The White House’s Progress on Civil Rights: Laying Out Some Facts 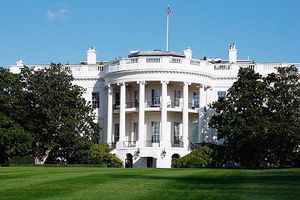 Below is a direct cut and paste of the White House’s most recent work on Civil Rights.  I obtained the information from this link: http://www.whitehouse.gov/issues/civil-rights.  I was inspired to visit the page after receiving an email from Michael Blake, Associate Director of the White House Office of Public Engagement (he was on the panel with myself, Al Sharpton and Ben Jealous at the Measuring the Movement forum this year in New York City).  They are working hard to get African Americans enthusiastic about the 2012 elections and Blake is the man on the job.

Without being overly critical or supportive about the information below, I can say that the initiatives that directly impact African Americans seem to be the elimination of the crack/powder disparity (it is now 18-to-1 vs. 100-to-1 before), and the Pigford II lawsuit, affecting black farmers.  The problem, however, is that most African Americans don’t sell crack or own a farm, so most of this legislation missed nearly all of us.

What’s most interesting is that when it comes to the gay community and women, the White House’s work on Civil Rights appears to be farther-reaching and more inclusive.  The Fair Pay Act for women affects all women in the workplace.  There are also a set of initiatives that affect gay/lesbian citizens as it pertains to healthcare, military service and federal benefits.

The Lilly Ledbetter Fair Pay Act attacks the problem of pay discrimination against women, but in a recently survey at Your Black World, we found that nearly 90% of all African Americans have been victims of discrimination in the workplace.  So, one might argue that the vast and impressive work being done by the White House on behalf of the gay community and women might be replicated on behalf of the group (African Americans) that was most likely to vote for the Democrats in 2012.

The problem for the White House in the next election is not whether or not black folks are going to jump ship and vote for the Republicans.  The big question is whether poor and disenfranchised African Americans will cheer for the president from the sidelines and stay home on election day.  The double-edged sword of reminding black folks that Barack Obama is the “president of everyone and not just black America” is that it feeds into a conception that black people are not important enough to be placed on the political priority list.  While this certainly relieves pressure for the White House, it has the secondary effect of leading many African Americans to believe that having a black president has nothing more than a symbolic impact on their day-to-day existence.  So, when the poor single black mother is weighing whether she should go to work or go to the polls on election day, she might just go to work and pray that Obama gets another victory.

Dr. Boyce Watkins is the founder of the Your Black World Coalition.  To have Dr. Boyce commentary delivered to your email, please click here.

Posted by Charles Smock at 3:15 PM