Your Black World: I Pledge Allegiance to Truth - By Yorri Berry 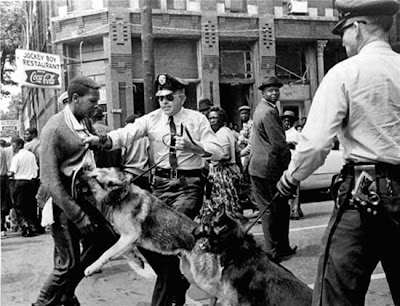 I Pledge Allegiance to Truth

Once upon a time I pledged allegiance

And to the republic for which it stands

One nation, under God, indivisible

With liberty and justice for all

Today I pledge allegiance to truth

I pledge allegiance to truth

Thus forcing the regurgitation of lies digested for years

Refusing to keep toxic deceit in my purified spirit any longer

All for justice and liberty with

Indivisible, God under, nation one

Stands it which for republic the to and

The to allegiance pledge I

Time a upon once

A little caramel mocha girl in my catholic school uniform

Watching the American flag blowing with the wind

Hand across my heart

I trusted these United States of America to be

One nation, under God, indivisible

With liberty and justice for all

Of Indian decent of or Asian

Even then, my petite twelve year-old frame knew that something wasn’t right about me reciting those words authentically

And today, twelve years later, my liberated mind and commitment to truth won’t let me utter such a pledge and still walk away with my dignity

My reciting would be an indication of my saluting you America

And I don’t pledge allegiance to you

No, today I pledge allegiance to truth

Yes I still smell the smoke that covered liberty

Yes I still smell the smoke that covered justice

Brutally beaten, shot in the head, then thrown in the Tallahatchie River with a 75 pound cotton gin tied to little 14-year old Emmett Till’s neck while his killer walked and still today the Sean Bell’s of the world can get 50 bullets put inside of him by men shooting and neglecting instead of serving and protecting and still walk away without penalty

Yes I still smell the smoke

The oneness you claim to promote

I trusted you to do something about the 9 million American children without health care but instead you’d rather be spending billions on a war establishing democracy in foreign nations instead of fighting for egalitarianism and social equality on this American soil, this supposed land of the free you call democracy

I trusted you to heed to King’s dream and do more than deliver broken promises, a broken economy, disconnection and disregard for the fact that freedom ain’t ringing in most of the neighborhoods where the people look like me

I trusted you to make us a priority

I trusted you to make us a priority

Yet again you didn’t come through

Yorri Berry is a Katrina Survivor and a poet who has granted YourBlackWorld.com permission to offer her thought-provoking poems to the masses. Look out for more of her highly enriching poems. Click here to Contact Ms. Berry.

I didn't understand the concluding part of your article, could you please explain it more?