Your Black World: YBW Speaks To Nancy Lockhart On The Case Of Jamie & Gladys Scott 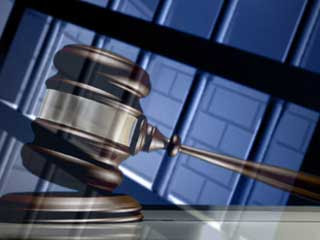 If “innocence until proven guilty” were the law of the land, Jamie and Gladys Scott would be free human beings walking the face of the planet. Unfortunately, the cases of Mumia Abu Jamal, Troy Davis and Jamil Abdullah Al-Amin have taught us otherwise. The Scott sisters were convicted of double armed robbery in 1994, but contend their innocence till this very day. Despite sworn affidavits and testimonies of police coercion/intimidation/threats, Jamie and Gladys remain a statistic in the prison industrial complex. Having been denied all appeal requests, the Scott sisters have undergone moments of helplessness and hopelessness. Thankfully, before long, that feeling of despondency was replaced with a glimmer of hope. The instrument of hope, in this case, came in the personage of Nancy Lockhart. Lockhart is a legal analyst, and a graduate of Loyola University. She has, over the past few years, dedicated her life and service to the case of the Scott sisters. With the level of altruism Ms. Lockhart displays, it’s no wonder Jamie and Gladys have something to be thankful for. I recently spoke with Ms. Lockhart on the case of the Scott sisters, and what the path toward justice would entail:

Thanks for joining us, Nancy. Can you start by granting some perspective on the case of Jamie and Gladys Scott?

Well, the Jamie and Gladys Scott case is about two sisters, who were charged, in 1993, with two counts of armed robbery – which carries a double life sentence. There’s sworn and signed notarized affidavits which states that Jamie and Gladys had absolutely nothing to do with the robbery. The affidavit says that the “Patrick Men,” are the real robbers who robbed the two victims, held a shotgun to them and took their wallets. The jury did not hear that testimony initially. This affidavit was given about 4 years later, by Mr. Christopher Patrick, and he stated that he was coerced and threatened into signing his first testimony against the Scott sisters. Both sisters had appeals, which were denied. The appeal is so far from the truth of what happened in the court transcript of the trial. For instance, the appeal says that the Scott sisters held the gun to the victims, but that is not in the transcript.

In your years of working toward justice for Jamie and Gladys, what kind of media coverage have you been offered?

There has not been any media coverage. I found out about this case, as a paralegal, by working with Rainbow/PUSH coalition. I pretty much got a letter from the Scott sisters, saying that she was simply writing for help with her daughters. When Rainbow/PUSH was unable to handle the case, I continued with case, and began searching for an attorney. What I realized quickly was that the cheapest attorney I could find was about $250,000. I’m doing this voluntarily, because their mother doesn’t have the money to afford a lawyer, and their father died of a heart attack, as a result of the burden this case brought. So after two years, I realized that we needed to change the strategy and work toward gaining some publicity.

Do you have any idea why Rainbow/PUSH declined to pursue the case any further?

I have no idea. I received a letter from Mrs. Roscoe – the sisters’ mother – saying she had written Rainbow/PUSH for eleven years and didn’t get any response. So I just felt that it was only right that I contacted her about it. I called her and told her that I would investigate the case myself, and I had some of my professors at Loyola University look up the case, and they really felt an injustice had been served. Through that, I was encouraged and submitted it to Rainbow/PUSH, but it pretty much fell through the cracks. At this point, we are working to get Amnesty International, ACLU and other justice advocacy groups to help publicize this case.

What is the legal status of the case at this point, and how many appeals are pending for the case of the Scott sisters?

There are no appeals left. There was a post-conviction relief filed, but the Scott sisters were not exonerated. They’ve been imprisoned for 14 years, and come out for parole in 6 years.

Some would argue that since they are due for parole in 6 years; why not work toward that objective – which seems to be more feasible. What is your response to that?

My response is that there is no guarantee that they would receive parole. I look at the Troy Davis case, and that proves my point. In 6 years, if the parole and pardon board says no, we would have to wait out till the next cycle.

What is your next strategy in the fight for justice, on behalf of Jamie and Gladys?

Well, my next strategy is to be in-touch with social justice organizations who will, at least, review the case.

As a legal analyst, what is the possibility that Jamie and Gladys Scott will be eventually exonerated?

I feel that if this case can get the publicity that it so desperately needs, they would be exonerated. I think the world needs to know about this case and what has happened to them. At this point, they are literally dying in a Jail Cell in Mississippi.

You spoke of offering your legal expertise for free. In your assessment, how critical is it for Black Attorneys and legal experts to display the kind of selflessness you exude?

It is a dire need and it is extremely critical. We need more Black Attorneys, private investigators, and investigative journalists. As a former teacher myself, I would hope that Black students are encouraged at a young age, to aspire toward these goals.

How can the general public join you in this fight for justice?

They can email me at thewrongfulconviction@gmail.com. They can also visit our Facebook page, which has been a big blessing in this case. We have been blessed with the generosity of interested activists. One individual is donating a website for Jamie and Gladys, and a programmer would donate his services to program the site.

For more info on the case of Jamie and Gladys Scott, pls. visit: