Your Black World: VIGALANTEE: More Than A Rapper... 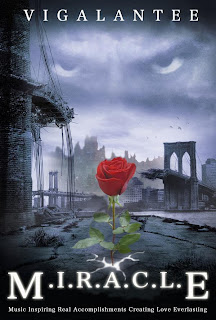 Vigalantee (born Roger Suggs) is no stranger to the underground Hip-Hop scene. Born in Chicago, Vigalantee has always been a fan of Hip-Hop – though a critic, when necessary. In addition to his musical career, Vigalantee is also an arduous community-organizer and activist, whose youth program is touching many young lives across the city of Kansas. As the name suggests, Vigalantee is hunting for more than nice beats or dope rhymes. As a young man, trapped in between the perils of inter-racial animosity and intra-racial hostility, Vigalantee knows how critical it is for young Black kids to find worthy role-models in the communities that shape their destinies.

Vigalantee grew up in Chicago, and experienced, firsthand, the much-referenced tales of gang warfare. Concerned with the emotional toll this reality wreaks on a child, his mother sent him to a relative’s home in Georgia. Vigalantee describes this as the unraveling of another “extreme” living condition. In Georgia, unlike Chicago, it was a more state-sanctioned assault on the integrity of Black people. Vigalantee remembers being smothered in the blood-dripping trenches of racism and segregation in the Peach State.

Watching his “granddaddy walking like a sharecropper,” and living on the fringes of poverty, “influenced” Vigalantee to become the activist he is today. It made him aware of the horrific second-class citizenship-status of Black people in the South, and informed him of how essential a concrete “agenda” for the uplifment of Blacks was.

Vigalantee draws a parallel between his experience in Georgia, and the decision to start up a record label – making music independently. Having witnessed Black men unable to drink from the well of prosperity in Georgia, Vigalantee felt this revelation was a prophetic calling to live a life of dignity and elegance. His choice to “go independent” would also turn out to be financially conducive, as independent artists usually exercise more dominance over their projects, and earn more, per album sold, than their mainstream counterparts. Being independent makes Vigalantee empowered to speak on his agenda, without “censoring” his “stuff for any corporations.” It grants him the “freedom to express myself to the fullest extent.” Vigalantee claims to have been inspired by the entrepreneurship of Master P, Tech 9ne, and Mc Hammer. Though when lyricism comes into play, he has often found solace in the gifts of mainstream acts such as, LL Cool J, Common, Chuck D, Poor Righteous Teachers (PRT), and Canibus.

Vigalantee’s admiration of Public Enemy and PRT has helped a great deal in emulating their ability to entertain, while simultaneously educating listeners. He credits the aforementioned for being able to “bridge the gap” between Art and Activism. The leadership of Public Enemy and PRT enabled Vigalantee in using his music to inspire, as well as motivate the Black Community into action.

There is a “lack of strong progressive voices in Hip-Hop,” Vigalantee says. He also feels that Hip-Hop has become so “elite and arrogant.” Vigalantee remembers the controversy surrounding LL Cool J’s 1989 “Walking with a Panther” album, and the outrage from the, now-defunct, progressive Hip-Hop community. Although he credits the corporate Executives of big-money record labels for drowning “us [progressive Hip-Hop artists] out, so we can’t be heard,” Vigalantee believes the buck starts with those socially-conscious voices who have “dumbed-down” their music for a mess of pottage.

Vigalantee is, hopeful, however, that his music can fill in the missing blanks at this critical period in Hip-Hop’s history. He has been able to “carve out a niche” for himself, and promote music that “feels right.” His newest album (out December 9th), titled M.I.R.A.C.L.E (“Music Inspiring Real Accomplishment Creating Love Everlasting”) promises to provide spiritual and moral inspiration to those battling with despair at this most emotionally-fragile moment. With a composition of freestyles, poems and ‘regular tracks,’ Vigalantee expects it to be “a hit.”

Beyond his musical career, however, Vigalantee sees the “education of our youth” as top priority.