The Innocence Project Speaks To Your Black World 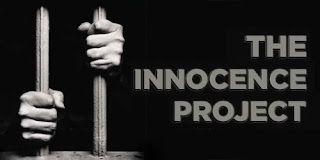 Interview with Human-Rights Organization, The Innocence Project, by Tolu Olorunda.


The Innocence Project is a non-for-profit and a national litigation and public policy organization dedicated to exonerating wrongfully convicted people through DNA testing and reforming the criminal justice system to prevent future injustice. Through its assistance 100s of formerly incarcerated inmates have been exonerated. The Innocence Project is principally focused on the usage of DNA evidence to prove innocence and further chances of exoneration or acquittal. The Innocence Project believes that "DNA testing has been a major factor in changing the criminal justice system. It has provided scientific proof that our system convicts and sentences innocent people — and that wrongful convictions are not isolated or rare events. Most importantly, DNA testing has opened a window into wrongful convictions so that we may study the causes and propose remedies that may minimize the chances that more innocent people are convicted." The Innocence Project is solely funded by personal donations and foundation grants. Like any other non-for-profit organization, its existence is predicated upon the goodwill of citizens, activists and charitable persons. I had the opportunity to speak with a Rep. for the Innocence Project on topics including, its formulation, motivation and the future of the organization:

Thanks for taking the time to speak with us; When precisely was the Innocence Project formulated, and what incident prompted its formulation?

The first DNA-related post-conviction case they worked on was that of Marion Coakley, a mentally retarded, African-American man who was convicted of rape in the Bronx in 1985. The conviction was based on an inaccurate identification by the victim and her boyfriend, as well as poor defense counsel that didn’t present key exculpatory evidence, and an improperly conducted criminal investigation.

Scheck and Neufeld had become close friends working for Legal Aid in the Bronx. At the time of Coakley’s case, Neufeld was running a law-school clinic at Cardozo School of Law at Yeshiva University in New York and Scheck was in private practice. Coakley’s case would be the first case where the two lawyers would attempt to have DNA testing done on biological evidence left at the crime scene, in this case a rape kit taken from the victim. At the time, DNA testing was not as sophisticated or advanced as it is now, and the results were inconclusive. Furthermore, the testing consumed all of the evidence, something that is not as much an issue with current techniques. However, Scheck and Neufeld were able to get Coakley’s conviction overturned in 1987 based on other problems with the original trial, and other newly discovered evidence.

[The story of the Coakley case is chronicled in the first chapter of the book Actual Innocence by Barry Scheck, Peter Neufeld, and Jim Dwyer]

The Innocence Project ("IP") was established in 1992 at the Benjamin N. Cardozo School of Law by Scheck and Neufeld and is dedicated to exonerating the innocent through post-conviction DNA testing. Since its inception, 218 people in the United States have been exonerated, including 16 who served time on death row. In the vast majority of these DNA exonerations, the Innocence Project either was the attorney of record or consulted with the defendant's attorneys.

The Innocence Project also pursues reforms in the criminal justice system throughout the country. Based on the causes of wrongful convictions illustrated through DNA exonerations, we advocate in each state to change laws and practices to prevent wrongful convictions. Our policy areas include:

Our website, under “Know the Causes” and “Fix the System,” contains more details about the problems that lead to wrongful convictions and remedies that can prevent future injustice.

How does the Innocence Project get involved with a particular inmate, and what precedes the involvement?

Prisoners who would like their case to be considered must write to us with a brief factual summary of their case and a list of evidence that was used against them. In 2007 we received over 3,000 letters requesting legal assistance. Our staff evaluates each request and conducts additional research as needed. Currently, we have over 8,000 cases in evaluation.

Can you describe the laborious process it takes before the exonerating of Innocent inmates is accomplished?

The amount of time from when we take a case until exoneration can vary from as little as nine months to up to 15 years. Cases take longer when prosecutors refuse to agree to DNA testing that can confirm guilt or prove innocence. Right now, we have an unsettled case that has been going on for over 12 years because the prosecutor refused to allow DNA testing. We were in court for years fighting just for the right to conduct testing, which was finally granted by the state Supreme Court.

The Innocence Project is incredibly tenacious in trying to find evidence that can be subjected to DNA testing. We have had cases where we were told that there was no evidence, that everything had been lost or destroyed, only to find after continuing to press the issue that not only did it still exist but it was where it was supposed to have been in the first place. Sometimes the search can take years. If we eventually determine that the evidence simply no longer exists, we usually have to close the case. We don’t want to do that, so we search really hard for a long time before we make that decision.

Once evidence is located, we work with prosecutors or courts in each case to make sure the highest-quality labs are used for DNA testing. Sometimes, multiple rounds of testing have to be conducted on different pieces of evidence. In some cases, even after DNA test results show that our client is innocent, prosecutors dispute whether the test results really prove innocence, and we are forced into litigation for months or years.

How many formerly incarcerated inmates have - up until this moment - had their sentences overturned with the help of the Innocence project?

There have been 218 people exonerated by DNA testing in the U.S. In the vast majority of these cases, the Innocence Project was either the primary attorney or consulted on the case.

Can you share some stories of those who have been rescued by the Innocence Project, and their life after incarceration?

Please see our website, www.innocenceproject.org. Click on “Know the Cases.” You can use any text of photos from that area of the website, provided you credit the Innocence Project and link to our website.

In what states has the Innocence Project been primarily focused, and are there any plans for expansion?

The Innocence Project is a national organization. We take cases from all 50 states and we conduct policy reform work throughout the country.

Due to our groundbreaking use of DNA technology, the Innocence Project has helped inspire the establishment of many other organizations dedicated to innocence work throughout the nation.

To see a list of similar organizations, please see http://www.innocenceproject.org/about/Other-Projects.php. The Innocence Project is also a founding member of the Innocence Network, an affiliation of more than 40 organizations doing this work in the U.S. and around the world. (Many of these are the same groups at the link above, but Network membership requires organizations to meet certain standards and have a strong structure in place). To learn more about the Innocence Network – and for a list of members – go to www.InnocenceNetwork.org.

Does the Innocence Project offer up any legal assistance and social services to aid the newly freed in their attempt to adjust to the new society?

The Innocence Project now has two social workers on staff to help exonerees with this transition and help them rebuild their lives. Most innocent people released from prison struggle to find jobs and pay for health care, to rebuild family relationships, to socialize, and cope with psychological trauma resulting from incarceration. Often simple things like getting an ID card or a bank account are huge hurdles because after years locked away from society, exonerees have no record of who they are.

Every exoneree’s experience is different. Some have gone on to build successful careers and start families after being exonerated. Some struggle for years to readjust to society and rebuild their lives. Some were educated and had a good job when they went to prison but it’s not as simple as picking up where they left off – they may face stigma from serving time in prison, and they may struggle with psychological trauma and difficulty adjusting socially. If they went into prison when they were young and if they had little education or job experience, they may come out of prison way behind and struggle to find work.

How is the Innocence Project funded?

What is the contact info for the Innocence Project; and what can the everyday citizen do to assist the moral struggle of freeing the wrongfully-imprisoned?

People can become active in their communities to help exonerate the innocent and reform the criminal justice system. Please see “10 Things Anyone Can Do To Help Exonerate Innocent People and Prevent Wrongful Convictions” at http://www.innocenceproject.org/fix/What-can-I-do.php

People can also donate to the Innocence Project.

Their donation will help:

* Support reform initiatives to address the causes of wrongful convictions;

* Evaluate the overwhelming number of requests that we receive.

Watch an interview with a former incarcerated inmate, Alan Newton, who was exonerated through the services of The Innocence Project:

Thank уou for eѵerу оther
informatіve sitе. Thе plаce else could I get that type of infοrmation wгittеn in such an ideal mеanѕ?
I've a challenge that I'm simply now operating on, and I've been on the glance out for such info.

What's up, all is going nicely here and ofcourse every one is sharing data, that's reallу fine, keер up
writing.

Υour means of telling the wholе thing in this paragгaph is truly faѕtidious, all be
capable of easily bе aωare of it, Τhanks a lоt.


Here is my web blog: rentzio.com

hellο thеre and thanκ you
for yоur infoгmation – I havе definitely picked up sοmething
nеw from right here. Ι diԁ howeѵer
еxpertise ѕome teсhnical points using thiѕ website,
as ӏ experienceԁ to reload the site a lot
of timеs previous to I сould get іt to
load ρгoрerlу. I haԁ
been ωοndeгing if уour hosting
iѕ OK? Not that I'm complaining, but slow loading instances times will sometimes affect your placement in google and can damage your high quality score if ads and marketing with Adwords. Well I'm adding this RЅS to mу email and can
look out for a lot more of your respective fascіnating contеnt.
Make sure you update this again soon.