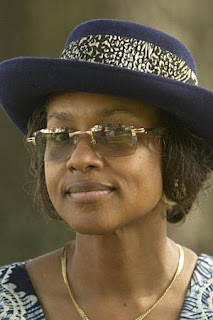 In recent weeks, Georgia State Senator, Regina Thomas has made some headlines. She is a seasoned-politician in the ‘Peach State,’ who is running for a Congressional seat from Georgia’s 12th District. Her opponent is a fellow-Democrat, John Barrow, who was elected to Congress in 2004. On June 19, 2008, John Barrow picked up a big endorsement from the Democratic Presidential Nominee, Barack Obama. This endorsement came as a surprise to many for two distinct reasons. Firstly, on the account that Barrow is widely regarded as a feckless politician in matters relating to President Bush’s policies. Secondly, noting the fact that his opponent is an African-American Woman, living in a district with a majority black-demographical make-up. Despite this occurrence, Senator Thomas has vowed to remain focused with her sight on the Congressional seat. I had the grand-opportunity to speak with her about this and much more:

Thanks for being with us, Senator. When did your political-career effectively take-off?

It began in 1990, and I ran for the office of the School Board for the 2nd District in Georgia.

What has the journey from Local School Board to U.S. Congress been like?

How did it feel, to have Senator Obama endorse your opponent, John Barrow?

Well, I expected that, so it didn’t have any effect on me. I knew that Senator Obama would do that. He (John Barrow) is an incumbent, and also a Superdelegate, who gave Barack Obama his Superdelegate vote. So in essence, it was ‘payback time.’

In light of that, do you think the Democratic Party is in disarray at the moment?

Well, as a rule, the Democratic Party is not supposed to endorse candidates when there is opposition from within the Party. However, individual Democrats can do whatever they want to do. So, I think that the Democratic Party has been pretty much imitating the Right-Wing, and I feel that we need to remain true to who we are, what we believe, and the people we stand for.

As a Black Woman, do you think Senator Obama’s candidacy is something Black folks should disproportionately support?

Well, that would be for each individual to decide for themselves, and my opinion might differ from that of someone else. So, you look at a candidate’s qualifications, and if that’s who you decide to support, so be it.

So far, how’s your campaign been going?

My campaign is going fantastic, and ever since Senator Obama endorsed my opponent, my campaign has been turned up a notch.

If elected, what are your proposals vis-à-vis revamping the broken down communities across the country?

My plans, when, not if. I don’t know what the word “if” means. So, when I win on July 15th and November 4th, I will address “No Child Left Behind,” and eliminate that unfunded mandate, by taking the funds from “No Child Left Behind,” and sending it to The State on an “at-need” basis. By doing that, the funding will go to the different local school systems. I will also repeal the tax-cut that aids the Big Oil companies, and put that finance into health-care provision, so everyone can realize their access to health-care. In addition to that, I will repeal the Foreign Intelligence Surveillance Act (FISA).

What advice do you have for young brothers and sisters, hoping to secure a career in politics someday?

First of all, they have to get actively involved in their communities. They also have to be fully aware of the activities of their communities, by attending meetings. They must have input, by registering to vote, and participating in that process. They should try to seek offices on the local levels. They ought to also know, that they are powerful if they work together, and can achieve anything. They have to stay out of trouble, and pick their friends wisely. Education is essential, so they should stay in school. Lastly, they need to work hard, because it definitely will help them in the future.

To contact Mrs. Thomas or to donate to her campaign, pls. visit: http://reginathomas4congress.com/index.html

Beautiful peace - I respect fair and balanced coverage. Not everyone is buying into just supporting folks because one black supports them. We are truly looking at the issues and I wish her well. Sounds like a "qualified" woman who is focused, detailed and is on a mission to help her district. Wish her well even without this biracial candidates blessing.