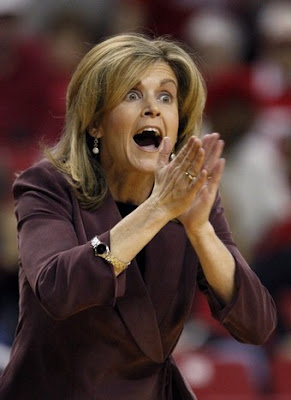 FYI: We have a coalition of activists, scholars, athletes, students, coaches, attorneys and parents who are working to address the NCAA and what some perceive to be an exploitation of the Black community due to the fact that the families of college athletes are not being compensated. Revenues for college sports are in the billions, many coaches sign contracts worth $2 - $4M dollars per year, and the NCAA is in direct competition with the NFL, NBA and other professional sports leagues. All the while, half of all Black basketball and football players come from families in dire poverty, and the NCAA has been allowed to implement Draconian legislation to control the options of these players to keep their families from having access to the revenue pool. I've seen players earn $20 million for their school by carrying the team to the Final Four, while simultaneously watching their mother get evicted, or a sibling get murdered in a housing project.

As educators, many of you are aware of the fact that these students do not always receive the education they deserve. Many academic institutions make the educational mission secondary to the primary objective of getting players on the court/field so they can make money for the campus. Myles Brand, the NCAA President, understands this hypocrisy, which is why he has never responded when CNN and other media have asked him to publicly debate myself or anyone else on this issue. Instead, he has only been willing to issue statements or appear in private interviews in response to the voices of thousands of critics across the country. Even the former Executive Director of the NCAA, Walter Byers, has stated that it's time that the NCAA realize that the families of athletes have as much right to this revenue as the coaches, athletic directors, campus presidents, and sports commentators, all getting rich from the labor of young kids. A scholarship is nice, but that is far from fair compensation..... I say this as a Finance Professor who has carefully analyzed their numbers.

I hope you will consider joining our coalition to address this issue by going to this link: https://greatblackspeakers.wufoo.com/forms/please-join-our-coalition/

To become more educated on this issue, please click some of the links below. These are some of the interviews I've done on this topic in the past, and help explain why I, as a Finance Scholar, a Black man and an educator, feel that this issue should eventually be brought to the steps of Congress for reconsideration of the NCAA's anti-trust exemption. At the College Sports Research Institute at UNC Chapel Hill, we are also conducting scholarly research on this issue, to find fair paths to reform for the NCAA.

This is not just an academic exercise: this has a real impact on the real lives of real families. I hope you'll join us.

P.S: The links are below: