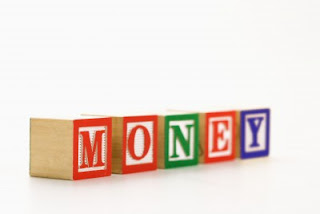 Media reports show that many Americans are not quite sure of what to do with their money. Watching banks fail left and right, people are logically afraid of what might happen to their savings. This fear is justified, as we are seeing our accounts beaten and stomped by the global financial meltdown.

This grave concern is magnified by the fact that those we’ve trusted are the ones who’ve left us vulnerable. Our most cherished financial experts handled our retirement accounts like flashy vehicles on a Nascar speedway. Our elected officials allowed executives in the banking industry to run rampant like 3-year olds with dirty diapers. Then, when the crash came, a massive bailout package was created for those most responsible for the damage, while the rest of us were left holding the tax bill.

This begs the question: Why in the hell should we trust the government?

I recall that during the failure of Enron, one of the most respected companies in America at the time, the firm made several statements designed to create confidence in the company’s financial condition. Like captains of the Titanic, company leaders explained that there was nothing to worry about, even as they themselves were preparing their lifeboats. When the company failed, those who did not protect themselves reminded us of one grim and fundamental truth: when the “you know what” hits the fan, it’s every man for himself….and every woman too, in case you’re wondering.

In response to such sentiment, the American consumer has been working overtime to protect his/her resources: people have (against my advice) moved their money away from the frightening stock market, they are diversifying money into different banks, and some are taking their money out of banks altogether. All of these actions are occurring in spite of government calls for calm in a world on the verge of financial panic.

The honest to goodness truth is that I don’t blame Americans for being afraid. I don’t blame them for not trusting the government right now. Trust must be earned in any relationship, whether it is a tough marriage of the relationship between a government and its citizens. Our government must work to regain that trust through sound and efficient financial management. It will NOT regenerate the public trust through excessive spending on meaningless wars, selfish pork-filled bills being passed through Congress and budget deficits that strain the resources of Americans everywhere.

I can’t tell you if the government is lying to you, but I can tell you this: There was a time when government guarantees such as FDIC insurance were as pure as the driven snow. There was a time when the United States Federal Government had pockets and resources so deep that even God himself could be bailed out with our cash. The sad truth, however, is that no empire lasts forever, and there is destined to be a day in the future when we are no longer the unquestionable economic super power that we once were. A country that can’t even afford its social security obligations is hardly a nation that has risen beyond economic risk.

Another sad truth is that if the financial world really were coming to an end, the citizens would be the last to find out about any such crisis. We would, simultaneously, be the first ones asked to suffer the burden of irresponsible behavior by our leaders. If that doesn’t justify a bit of skepticism, I am not sure what does.

Dr. Boyce Watkins is a Finance Professor at Syracuse University. He does regular commentary in national media, including CNN, ESPN, CBS and BET. For more information, please visit www.BoyceWatkins.com.
Posted by TheAssistant at 3:27 PM