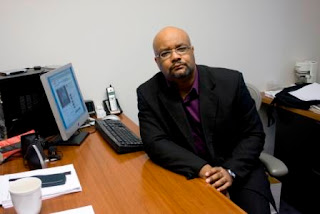 Barack Obama’s voice booms high into the clouds as our nation’s president. But it is also a voice that is sometimes muted by policy, distorted by conflicting agendas and distracted by the complexities of the world in which we live. I find myself mildly disturbed by the excessive celebration within our community, as if winning this political popularity contest has somehow finally validated us as a people. It is scary when the measure of a Black person's success is captured by the degree of favor he has obtained with his historical oppressors. I will never believe that winning the White House is the greatest achievement in Black History, nor was it the greatest sacrifice. The greatest achievements were made by those who worked for us to be truly empowered and the sacrifice was made by those who died to clear President Obama’s path. Achieving prominence on the plantation is not nearly as meaningful as achieving independence.

Before we conclude that we live in a post-racial America, we must remember that many of the men and women who voted for Barack Obama would not be happy to see your Black sons dating their daughters. While we see that the White House has a Black face, we must remember that the majority of our nation’s most esteemed universities still only bring in Black people to dribble basketballs (if you went to college, count the number of Black Professors you had during your 4 years who were not in an African American studies Department). Most of the media outlets you watch on TV are controlled by people who are not Black, yet they consistently impact the self-perception of Black children by bombarding them with negative Black imagery (i.e. DL Hughley's new show on CNN). Most of our nation's wealth is controlled by the descendants of slave masters, with poverty being inherited by descendants of slaves. There is a lot of work to do, we can’t forget that.

Another Malcolm X – Malcolm is likely the most under-appreciated American in our nation’s history, since his legacy is not as amenable to the excessive commercialization and mainstream comfort of Dr. Martin Luther King, Jr. Dr. King achieved political gains and Barack gave us the White House, both of which can be taken away in an instant. Malcolm gave us something far more permanent – our self-respect and desire for economic independence. Since America will never give Malcolm much respect, it is up to us to remember that he is every bit as significant as Barack Obama and Martin Luther King, Jr. We should all memorize Malcolm's birthday right now.

10 Black Warren Buffets – my good friend and wildly successful money manager, Bill Thomason, brought up an undeniable point: if we as African Americans do not get ourselves together financially, we will never have true power. America is a capitalist democracy, and we cannot forget that money makes this world go round. Rather than teaching our children to get jobs, we need to teach them how to CREATE jobs. Rather than trying to wiggle our way up the corporate ladder, we should be creating the buildings that the ladders lean against. Wealth is more powerful than racism any day of the week.

An era of enlightened and educated professional and college athletes – The Black male athlete possesses many keys to the economic and social liberation of Black America. Many HBCUs can’t pay the light bill, but Black Athletes earn at least $2 Billion dollars per year for universities that don’t hire Black coaches or Black Professors (March Madness, for which athletes are not paid, earns more ad revenue than the Super Bowl and the World Series COMBINED). The powers that be know the potential influence and reach of an educated and empowered Black athlete, which is why they work overtime to keep them uneducated: when many athletes come to college, coaches pick their classes for them and some can’t even read at graduation. They keep them focused on the bling so they will take their eyes off the prize. These young men are taught like sheep to embrace intellectual mediocrity so their handlers can earn fortunes at their expense. They are granted the greatest power in our society as long as they prove that they are unwilling to use it. If these men were to ever wake up and fight for something bigger than themselves (as Muhammad Ali and Jim Brown once did), it would be absolutely earth shattering.

A Quality Public Education System – Rather than declaring a War on Terror, we should declare War on inferior inner city education. Instead of bailing out the rich guys on Wall Street, we should be bailing out our children who are stuck in the preschool to prison pipeline. Hundreds of thousands of potential Barack Obamas are being tossed in an educational landfill every year, as Black boys are 5 times more likely to be placed in Special Education as White kids (I was one of those boys). This is a damn shame.

Complete Overhaul of the Prison System – If you ever want to see slavery in the 21st century, one only need look as far as our nation’s prisons. There is little effort to rehabilitate, and the impact on the physical health and socio-economic stability of the Black family has been devastating. President Obama and others should confront the prison industrial complex immediately and stop the human rights abuses taking place in our nation's prisons.

Now that people are saying that President Obama’s success implies that there is no more racism, our job becomes much more difficult. President Obama and others must be consistently asked to pull their weight so that we can get a return on our investment in the Presidential popularity contest. But while we expect President Obama to lead us, we must also remember that it is important to lead him as well. The fight is just beginning.

Dr. Boyce Watkins is a Finance Professor at Syracuse University and author of “What if George Bush were a Black Man?” For more information, please visit www.BoyceWatkins.com. To join the Dr. Boyce Money list, please click here.

Posted by TheAssistant at 1:07 AM